One of the main attractions for our guests is the opportunity to see puffins on a cruise to Staffa or the Treshnish Isles. Puffins have great appeal because of their small size and comical walk as well as their distinctive rainbow coloured bill, white cheeks and clown-like black stripe down over each eye. One of the delights of puffins on Staffa and the Treshnish Isles is that they are so unafraid of humans – and in some cases downright friendly!  There are very few places where such close encounters with puffins are possible and it really is a unique delight to sit quietly and observe hundreds of puffins just a few feet away.

From the end of April each year, puffins arrive from their Atlantic wintering grounds and come ashore to breed in burrows at the top of cliffs in Lunga and Staffa.  Puffins can also be easily spotted floating in large groups on the water or flying past. Around the first week in August, puffins start to leave the islands although “rafts” of puffins, including juveniles are still very apparent on the surface of the sea around the nesting sites.

There are many other species of breeding seabirds to be seen on the islands off Mull, often nesting on cliffs in large numbers, a wonderful sight and sound. Dolphins, porpoises, seals and minke whales are also frequently spotted on these cruises and many other bird species, from white – tailed eagles to Manx shearwaters. Here are the details of the boat trips departing from Fionnphort Pier 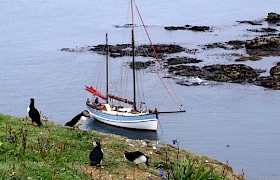 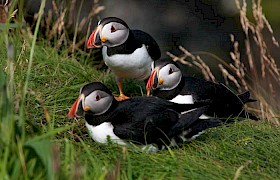 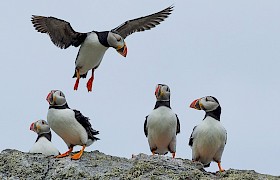 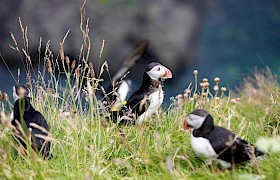 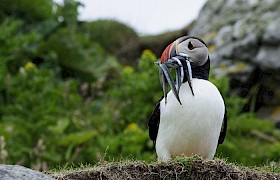 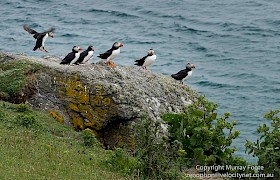 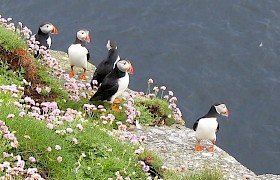 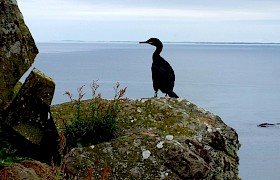 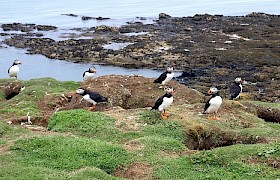 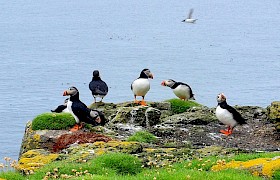 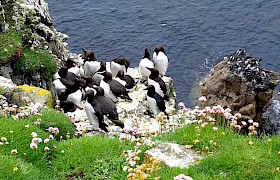 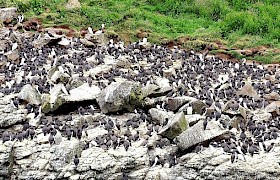 Happy Easter! Read about a different type of egg hunt